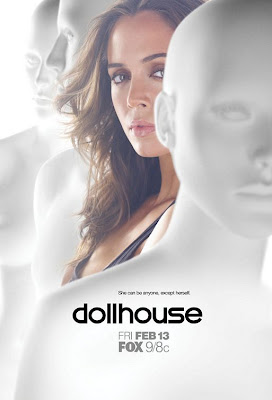 *This review does contain spoilers*
Earlier this week, I was sick. Most of the weekend and a few of the weekdays, I spent curled up on my couch with a blanket feeling like death had just run me over twice with a dump truck. I didn't have the concentration to read, so when I wasn't sleeping, I indulged myself with the series that I had just started watching, Dollhouse

.
I'm not a fanatic when it comes to Joss Whedon like some people I know are, but I would say I've a fan. I loved Buffy The Vampire Slayer

, I suffered through Angel because it had such a great supporting cast and I sang along with Dr. Horrible's Sing-A-Long Blog. I made a promise to a friend a few years back that I would commit myself to seeing the whole Wheldon World and so far I've done pretty good. Next on my list is Firefly, which I am very much looking forward to.
Anyway, back to being sick and watching Dollhouse. I very much enjoyed the series, although I think I would've enjoyed it more had I not watched both seasons in just over a week.
The first season was great. It wasn't a very deep show, and I was perfectly fine with that. I think that if they had been going for deep, Eliza Dushku wouldn't have been cast. Don't get me wrong, I like her. I think she's great when she plays the bad ass fighter, like she did as Faith in Buffy, or as many of the characters that she did in Dollhouse. She just seems to lack something when trying to be more serious, like a mom. 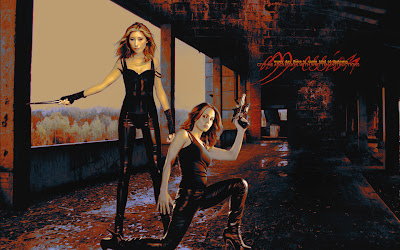 The story follows Echo (Eliza Dushku), a "doll" or "Active" for the Los Angeles "Dollhouse", one of several fictional facilities run by a company which hires out human beings to wealthy clients. These "engagements" range from romantic interludes to high-risk criminal enterprises. Each Active has their original memories wiped and exists in a child-like blank state until programmed via the insertion of new memories and personalities for each mission. Actives such as Echo are ostensibly volunteers who have surrendered their minds and bodies to the organization for five-year stints, during which their original personalities are saved on hard drives, in exchange for vast amounts of money and a solution to any other problematic circumstances in their lives. Echo is unique however in that she remembers small amounts even after personality "wipes", and gradually develops an increasingly cognizant self-awareness and personality. This concept allows the series to examine the notions of identity and personhood.
Within the house, opinions on such matters are divided. Dollhouse director Adelle DeWitt (Olivia Williams) sees her role as merely giving people what they need; 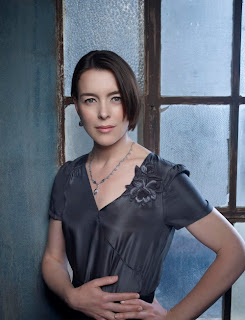 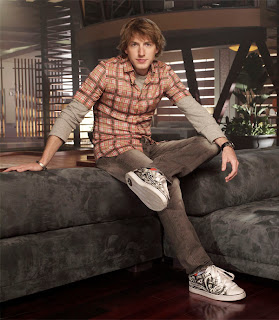 while Echo's mentor in the house or "handler", Boyd Langton (Harry Lennix), an ex-cop with an unknown past, is generally concerned with the ethical and theological implications of the Dollhouse's technology, seeing his inside role as an opportunity to limit any collateral damage. 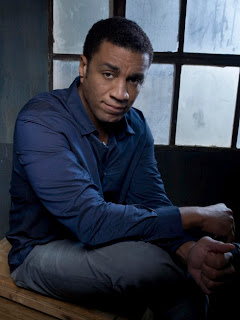 Further complicating matters are other dolls Victor (Enver Gjokaj) and Sierra (Dichen Lachman), who despite being continually re-wiped, begin to fall in love. 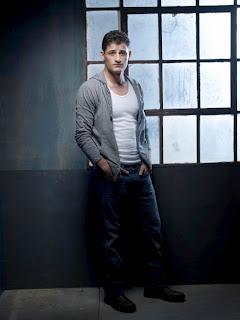 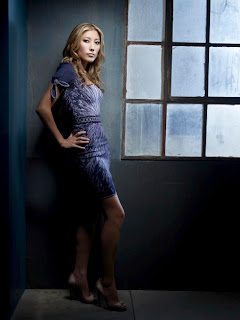 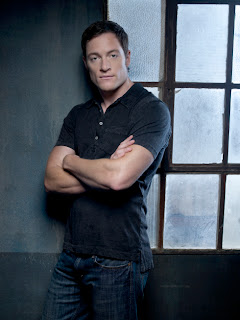 As Echo continues to evolve and learns to work beyond the limits of each temporary personality imprint or default "tabula rasa" programming, she runs the risk of being sent to "the Attic", a permanent resting place for "broken" dolls and problematic Dollhouse employees. She is an object of fascination for the escaped doll Alpha (Alan Tudyk) – a genius and serial killer who has been driven mad by being implanted with the memories of dozens of people — who returns at the end of the first season to confront her. - Wikipedia
All in all, I like season one

a lot. It was fluffy, fun, sci-fi.
Now, onto season two

. I was expecting very much of the same thing as before, but right away I could tell that it was different. Suddenly all the characters had feelings and hunches, including Echo, who despite having all her personalities wiped, still retained them and became self-aware and set on freeing all of the dolls.
I felt like Joss sort of got the feeling that the show was going to be cancelled and decided to cram five or six seasons worth of plot into one. The whole season was made up of two-parters that could've easily been stretched out into an entire season. Think about it;
1) A Senator (who's really a doll) tries to bring down the Rossum Corporation
2) Echo is out on her own with only Paul Ballard to help her find her way
3) Alpha starts hunting down all the men that Echo has ever been programmed to love
4) Anthony, once Victor, leaves and joins a team of super-soldiers who all think the same thoughts and share each other's minds
5) Echo and her friends must escape the Attic and learn it's true purpose
6) Echo and friends must ban together to take on the Evil Rossum Corporation and their quest for world domination.
7) It's the future! (I didn't watch these yet because the first one doesn't have sound and I was too tired to read)
That's a lot for one season. I probably wouldn't have noticed except I watched them all back to back.
On top of that, Boyd is the head of Rossum and Caroline suddenly has all the answers that everyone needs, plus a hidden cure for the thought-pocolips. A little much, but whatever. It was still good.
I know, I know, I'm complaining. Sorry about that. There were some really great parts in it though that are worth mentioning.
I loved every scene with Topher in it, especially the ones where he's wearing the Boba Fett hoodie by Marc Ecko 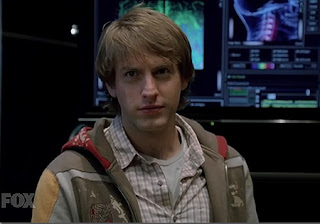 Actually, most of my favorite scenes involve Topher in someway or another. The episode where he and Adelle get drugged and hang out is hilarious! Or any time that Victor gets imprinted with Topher's personality. Enver Gjokaj plays Topher almost as well as Fran Kranz does (although I don't think Enver is quite as cute or nerdy).
The cameos in the show are also awesome. It's always good to see Amy Acker and Alexis Denisof, my two favorite characters from Angel; Summer Glau, who I know is from Firefly, but who I know from Terminator: The Sarah Connor Chronicles

; and of course Jamie Bamber and Michael Hogan from Battlestar Galactica.
I always love that Joss reuses his characters in all of his shows. It makes me happy.
What did you think of Dollhouse? Leave a comment and let me know.
And as always, happy watching.
Posted by Braeby at 9/30/2010