Where the Protocol Droids glisten 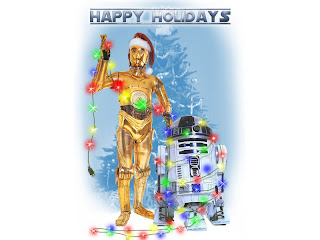 And Rebel Scum listen to hear AT-AT's in the snow 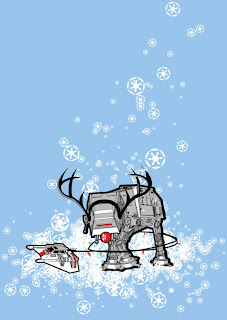 With every Parody I write 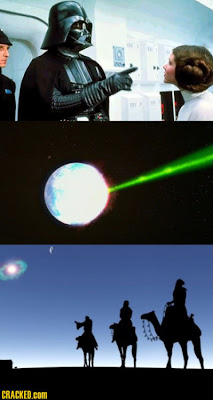 May the Force be shiny and bright 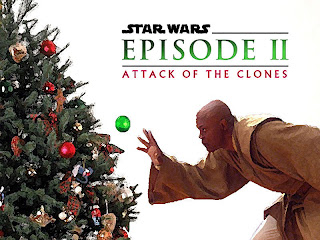 And may all your Stormtroopers be white 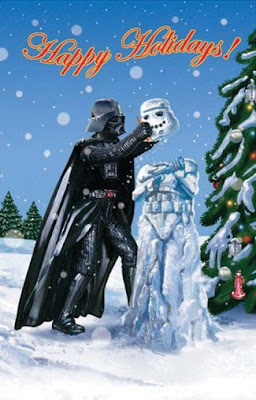 Tis The Season For Giving! 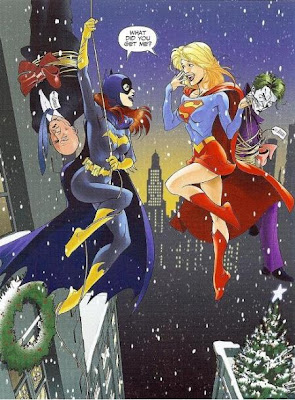 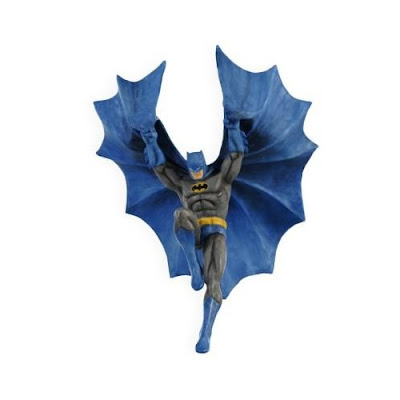 As he swoops down from the dark heights of Gotham City, Batman cuts an impressive and ominous figure that starkly declares "Bad guys, beware." After losing his parents at the hands of a violent mugger, young Bruce Wayne dedicated himself to the cause of protecting the city from the crooks who threaten its safety and peace. With unwavering determination, he patrols the streets and rooftops seeking justice for the wronged, security for the innocent, and retribution for the wicked. In the light of day and in the cold dark of night, he remains ever vigilant, because crime doesn't rest, so neither can Batman.

Cue the music for Batman the Animated series and watch this awesome figure, out of a crooks worse nightmare and this geek girls fantasy, swoop down out of the night and on to your tree! Or in my case swinging from a Christmas ball hanging down from the entrance into my kitchen! (where a lot of criminal activity, like me cooking, takes place!)

My bestest and coolest best friend, Eric bought me this Christmas ornament for my tree. My best friend ROCKS!!!

Get one for your favorite crime fighting friend, or just buy one for yourself! You deserve a little Batman in your life!

You can order this from Amazon or even head on over to your local Hallmark. (check out the awesome Star Wars/Star Trek and other Superhero ones while you're there too)

A Look Behind Elmo 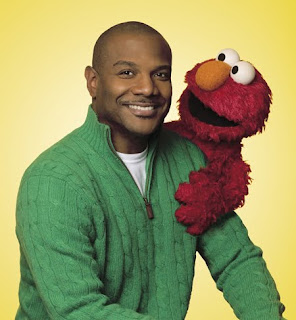 I don't know about you, but I've always been a Muppet fan. The Muppets, Sesame Street, or the Fraggles, it didn't matter, I would watch them all.

A few years ago I came across an amazing book at a used book store that really brought home the magic behind the puppetry for me. My Life As A Furry Red Monster is the story of Kevin Clash, the man behind the Muppet Elmo. It's a heartwarming story about what Elmo has taught him about life and love.

Here is a video I found featuring one of the few interviews with Kevin himself on an Australian show called Rove Daily. 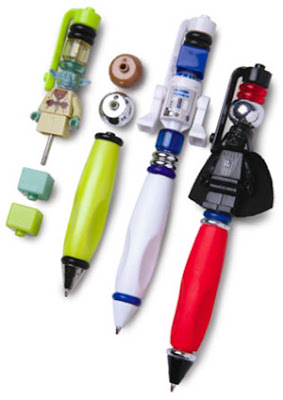 You may have seen these already, but that doesn't mean that they are any less epic! When I first found out about Lego Star Wars years ago, I was pumped. My friends and I would buy the Episode I Legos and have fun little lightsaber dules between Darth Maul and Qui-Gon Jin in the local McDonald's. Since then, they have released games (I love my DS Star Wars Lego game) and more toy sets.

Then I found these bad boys!

Even better that that though, one day I stepped away from my desk at work, only to return to find this: 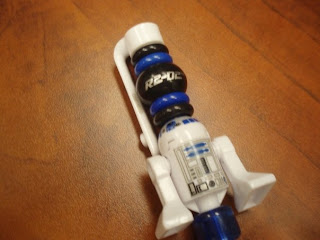 My boyfriend had come across them and knowing that I loved Star Wars, ordered this for me! It's awesome! The ink is blue and it writes pretty nicely. His legs can get in the way sometimes, but I just move them aside. I enjoy taking him apart and reorganizing his little Lego pieces.

I only knew that Darth Vader, Yoda and R2 were out, but recently I've found that there are others as well. 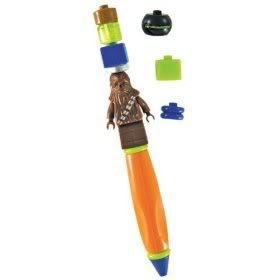 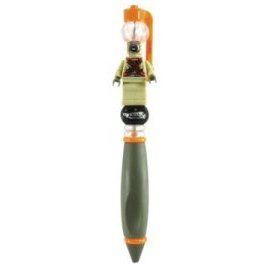 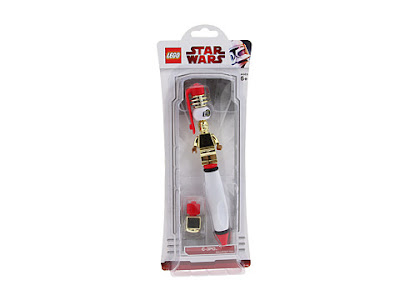 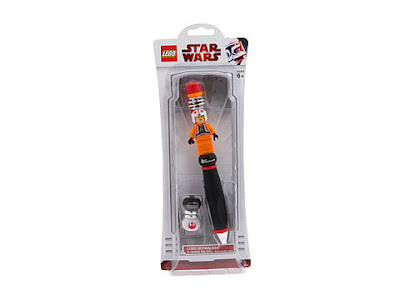 I want them all!