How Not To Play Final Fantasy VIII


Final Fantasy VIII is one of my all time favorite games.
I know, I know, most people don't agree with me, but I don't care. It was the first RPG I ever played through on my own and holds a special place in my heart. I've played it through probably 6 or 7 times between my old PS and my PSP.
It contains some of my favorite kick-ass female villains, especially Edea.

I remember when this game came out and I was just getting into video games; the graphics were top of the line and everyone was super impressed with how the characters moved.

I mean, who didn't love running these characters in circles?
fightingdreamerspro did.

"This video was filmed at Anime Evolution in 2008. The footage from this skit got lost over the years and was just found recently. Unfortunately, some clips were lost for good (Irvine's intro and the running into the invisible walls that so commonly spite you in FF games). The point of this video was purely to make fun of the sillier aspects of the game- like Zell's obsession with "hot dogs", Rinoa's uselessness and the fact that all of the characters followed you around.
Our friend Will jumped in randomly so the boss battle at the end was unplanned. He just put Timcampy on his head and Final Fantasy "bounced" in front of us XD
Who knows, maybe we will try filming something like this again- only better, but for now- enjoy the crack.

I laughed so hard when I saw this. My first thoughts were:
1) Squall isn't that social
2) Oh, Zell and his hot dogs
3)  Wait... you can't have more than 3 people in your party at once
4) OMG Rinoa's dead before the battle even started, how appropriate
5) Oh, confuse... I hate you.

Then I thought of these guys and remembered how terrified I was on running into them in any other Final game, never to have them be quite so evil as they were in VIII 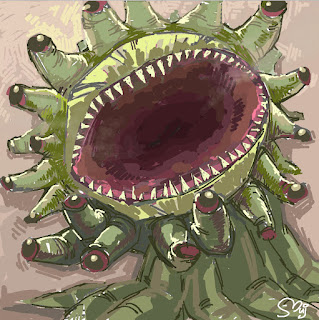 Thanks to Eric, for not only introducing me to video games and Final Fantasy, but also for this clip.

What Do You Think About Disney Buying Star Wars?

Since Disney bought Star Wars, people have been talking about it non-stop. And who can blame them, it's pretty huge news. Everyone seems to have questions and concerns about it, but I think Batman sums it up best.

Poor Robin... That kid never gets a break.

Anakin... You're Breaking My Heart... 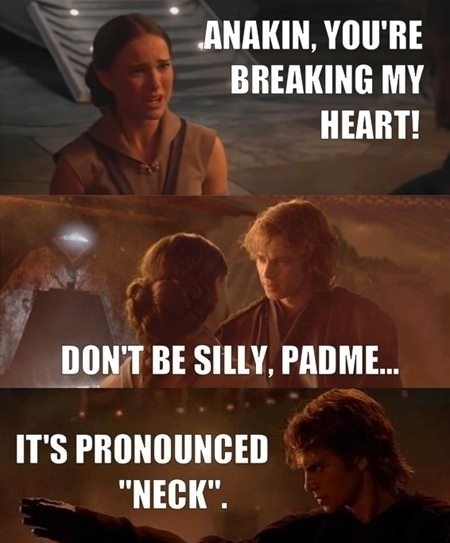 In the wake of Disney's announcement that it's buying the Star Wars/Indiana Jones franchises, people have been going crazy doing Disney/SW mash-ups. So much so that it's becoming a little crazy.
So today I thought I would give you a mash up on another kind; equally as rediculous. 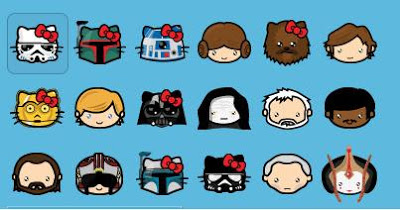 Yes, It's been done in weird and crazy ways, but what I didn't know was that years ago, when Hello Kitty had it's own cartoon, that they actually did do a mash up.

It's pretty hilarious actually. I love that they got to the cantina/ice cream parlor and instead of chopping off arms, Obi Cat-Nobi throws ice cream at him.
Oh, what the power of the Fur can do....

Did you recognize all the voices from your childhood? Darth Catnip was the same voice as Penny from Inspector Gadget and I recognized the voice of the little C-DogPO thing, but I can't place from where.... Any ideas?


And remember, the Fur will be with you, always