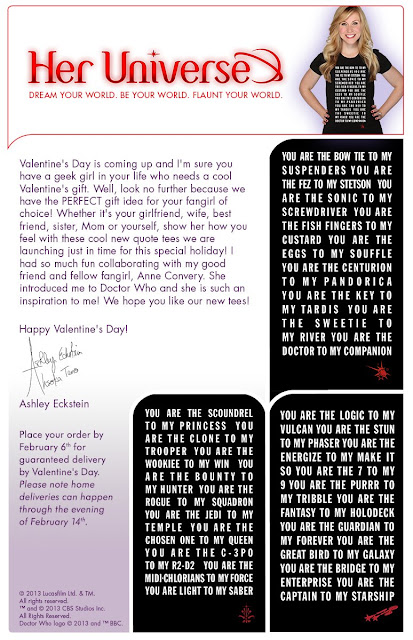 ﻿
I'm so excited about these t-shirts! They are so super cute. I love quotes and analogies, especially geeky ones and ones about love, so these totally fit the bill for me. 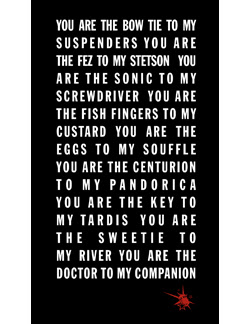 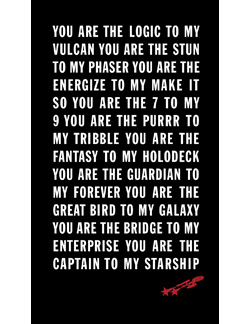 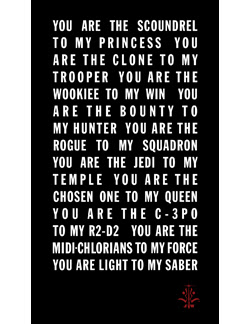 Of course the Star Wars one is my favorite, especially the Scoundrel/Princess and Chosen One/Queen. You know I'm a sucker when it comes to Star Wars love. I would toltally fall for any of these lines.

Now that I'm finally catching up on Doctor Who, I have a great appreciation for those as well. Who needs to be the key to someone's heart when you can be the key to their TARDIS?
The same goes with Captain to my Starship. 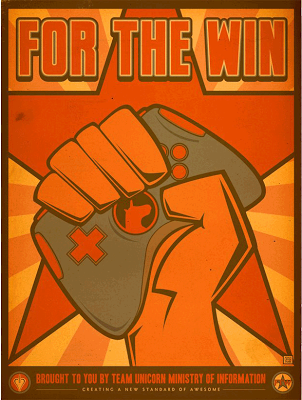 Well then, are you ready to be even more awesome?
Of course you are. And Team Unicorn is back to show you the way, with their enlistment video for
THE UNICORPS!!

Yes, you too can be this amazing. 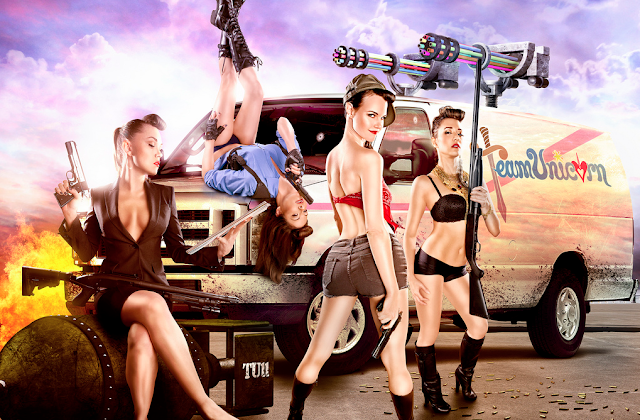 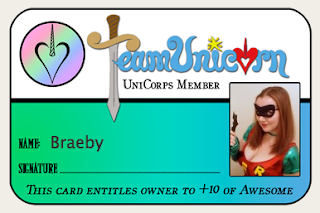 isn't it time you do your part to support the geek girls of the world?

I've always wished that I could play an instrument. Ok, let me rephrase that. I wish that I had more time and energy and patience to play an instrument well. I can sort of play the piano and the guitar, but not very well.

That's why I'm so in awe of these lovely ladies and their talents.

Lets start with Lena Leclaire, who not only has a masters degree in flute, but also plays the Ocarina!! 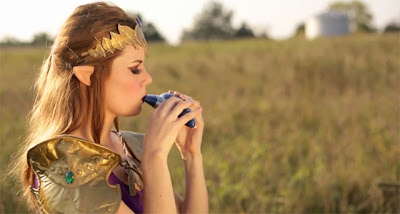 I didn't even know that the Ocarina was a real instrument! Apperently it is and you can buy them here.
She plays it beautifully in this Zelda Medley


After finding this, I went to see what else she had done and came across one of my favorite pieces of Final Fantasy music; Eyes On Me

Speaking of Final Fantasy music, do you remember Camille and Kennerly, the awesome harp playing twins? They're back with a Final Fantasy Medley and both dressed as Rikku from Final X-2 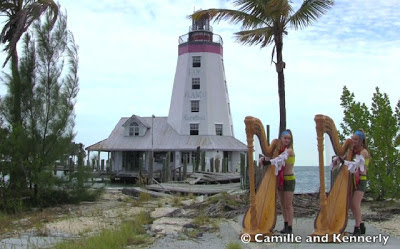 I've never played Skyrim. Actually, I know next to nothing about the game other than something about taking an arrow to the knee and that it has lovely music for awesome geek girls to play

You may remember another lovely lady bringing us Skyrim music. Lindsay Sterling's also back with more amazing geek melodies. 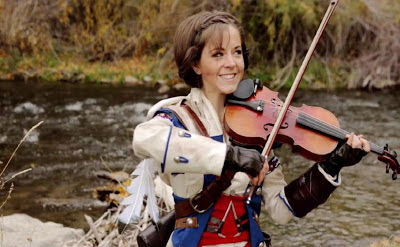 Another game I haven't played is Assassin's Creed. But this video makes me want to


Not only is the music and her voice beautiful, but her videos and costuming are always awesome!
Since we're on a video game kick, here is something along the same lines, but also very different from the other games.


How awesome was that Just Dance 4 video? Spot on, I'd like to think.

Geek music is a wonderful thing, don't you think? If you could hear more of it, what would you want to hear? Drop me a line

Thanks to Geekologie and GT for loving geeky girls and their music as much as I do.
Posted by Braeby at 1/05/2013 No comments: