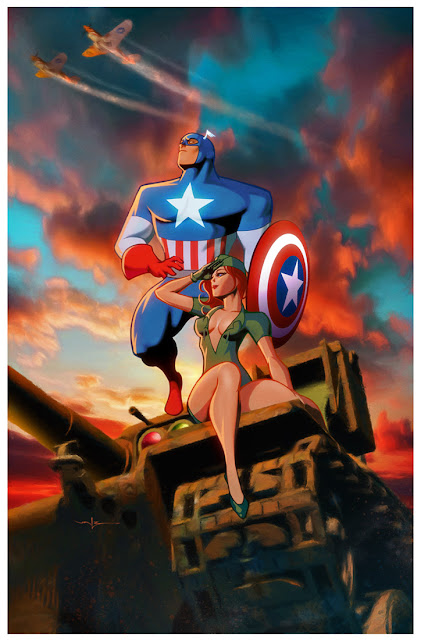 Ever heard the Captain America theme song from the '60s? Ron remembered it the other day and made me look it up on youtube.

All those who chose to oppose his shield must yield.

Then the red and white and the blue’ll come through 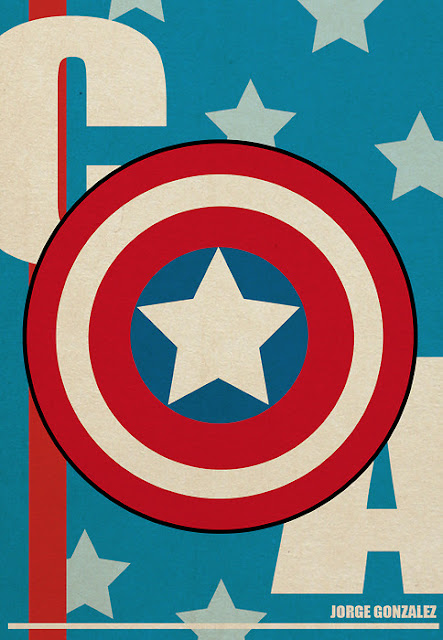 I've had this song stuck in my head for days!!
And hopefully now you do to! You're welcome ;)

Thanks to Einheri's Superhero Songs for the lyrics, so I can finally stop making up my own
Posted by Braeby at 1/30/2012 No comments:

Shortly before Christmas, my best friend and I went to to the new Twilight movie. Yes, yes, grimace all you want, it was pretty lame. But one good thing did come out of going; we saw this:

Yes, The Hunger Games Trailer. A lot of different blogs and sites that I go to had been mentioning The Hunger Games in posts, saying that it was an amazing series, but I had absolutely no idea what it was even about. As the trailer ended, my friend and I looked at each other and simultaneously agreed that we needed to go see it. Shortly after we both picked up the first book. 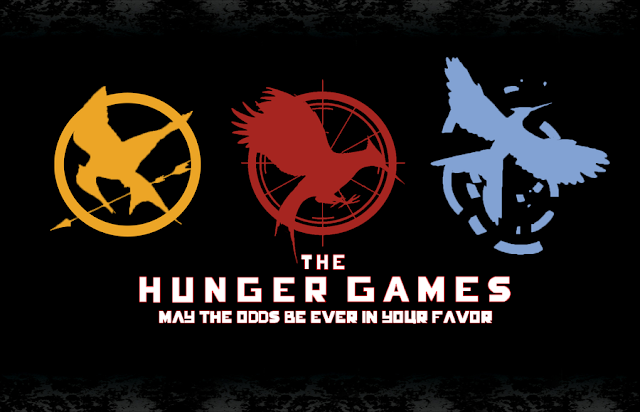 If you've read them, you'll understand why I read the first book in 3 sittings. The day I finished the first book, I ran to the nearest book store and bought books two and three, which I devoured in even less time. Now I'm even more excited about the movie coming out than I was before!

Now, as books are turned into movies, wonderful things happen in the world of merchandising.  As you may attest from previous posts, I especially love when girly things like make-up  and nail polish are involved; especially nail polish!

When I found out that there was talk about a Hunger Games nail polish line I was totally stoked! I mean, just check out those colours! 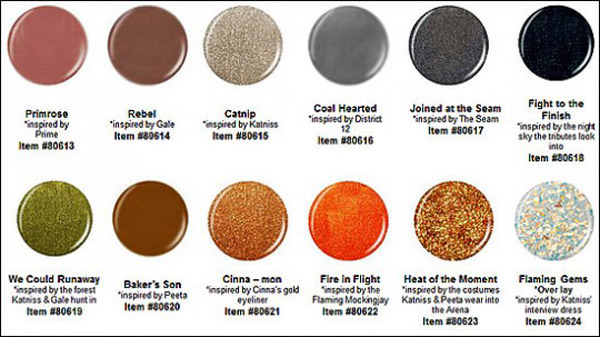 The names of these are AMAZING! Someone really knows their stuff! Oh wait... they didn't go with those names at all...
Here are the real names, based on The Capitol 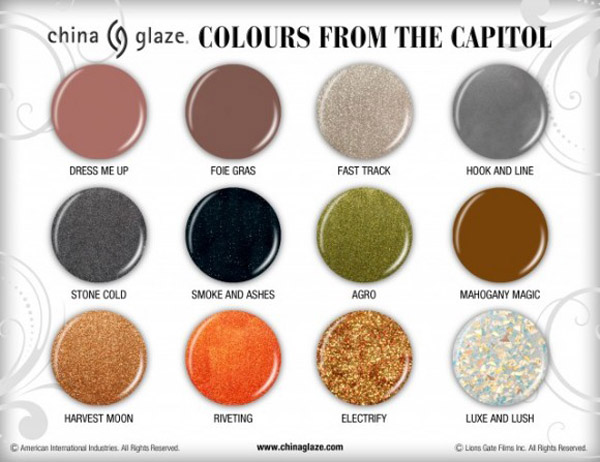 Now, I know that in the books, nowhere but in the Capitol would you see anyone wearing something like nail polish, but to be honest, naming them after the Capitol  and the 12 Districts is totally lame. 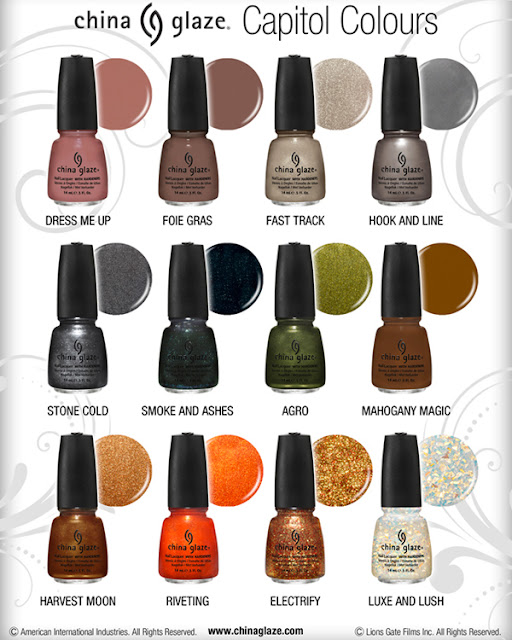 I don't want to wear Harvest Moon or Agro, but I would totally wear Cinna-mon or We Could Runaway. And be still my beating heart when I see Baker's Son, whereas Mahogany Magic is one of the lamest nail polish names I've ever heard, even from non-licensed brands. Don't get me wrong, I love China Glaze and their polishes, but they, like OPI are usually so clever with their names.

Further research of this change of names lead me to finding out that there was much more involved to this situation.
Los Angeles-based American International Industries, which says it is the country's largest privately-held manufacturer of personal care and beauty products, filed a lawsuit Wednesday in LA Superior Court. The company claims that it closed a deal in late October to create a Hunger Games-branded version of its "China Glaze" nail polish, as well as contribute to the promotional campaign for the adaptation of the popular Suzanne Collins novel that Lionsgate is hoping will be a mega-blockbuster movie series similar to Twilight.
But shortly after Lionsgate executives signed the contract, according to the complaint, the studio made statements to the press that the deal was "not happening," and asked American to say that the parties "were merely 'discussing' a 'possible' promotional deal." American says it refused to lie, prompting a Lionsgate attorney to send an email on Nov. 17 saying that the studio was "terminating" the contract.
"However, the contract does not permit Lionsgate to unilaterally terminate," argues the complaint, a copy of which was obtained by THR. "Lionsgate attempted to justify its actions by claiming that American had supposedly 'leaked' information about the contract to the press. The claim was and is completely untrue--American did not 'leak' any information, and so informed Lionsgate immediately." - The Hollywood Reporter


It still don't know why they didn't keep the names from the beginning, but I guess in the end it doesn't really matter. I hope that if they decide to make all the books into movies, then we can expect more to the point nail polish with better names. I think truly, I just want a Finnick nail polish. Just me?
Will I buy The Hunger Games nail polish? As I said, I'm not as excited about it now as I was when I first came across it, but will that stop me from buying it? I'm honestly undecided. If I do decide to buy it, I may remake the labels so that they have the original names on them. That way I really can say I'm wearing Heat Of The Moment.

How about you? What do you think about all this?

Thanks to Hollywood Life and Fashionista for being fashionably geeky over this with us.

Do you remember the song Drops Of Jupiter by Train?

I always liked this song, but never really understood what it was trying to say. The tune is great, the lyrics, well, I'm still confused.

But at least I'm not the only one. Kerry Callen over at May Contain Content feels the same.

"I recently added the song Drops of Jupiter, by Train, to my ipod. I like the song, but I swear every time I hear it, this is the scenario that runs through my head..." 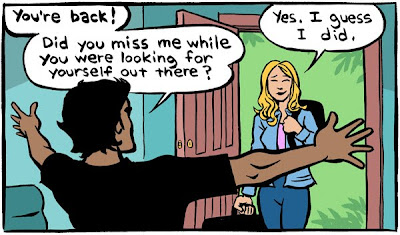 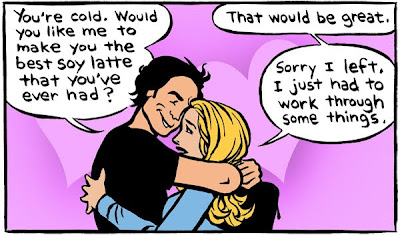 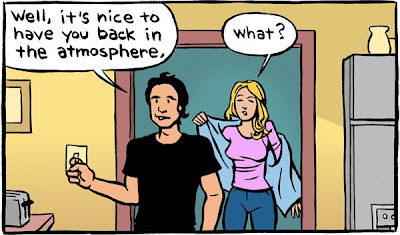 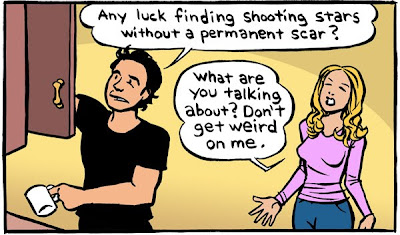 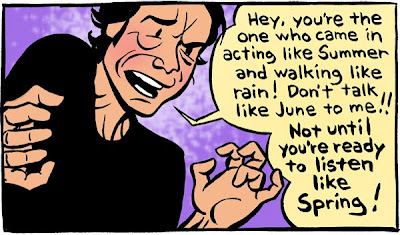 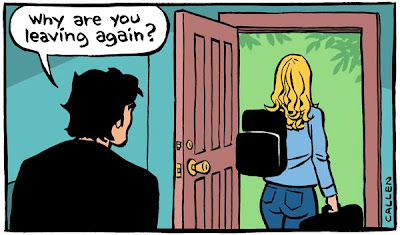 Oh man, I laughed so hard. I've had people say really weird things to me over the years, but if someone started talking nonsense to me me like this, I'd probably just laugh and leave too.
How about you? What would you do?

Thanks to xomusicisrockin for the lyrics

Well another New Years has come and passed and we begin our journey into 2012.
What's there to look forward to when the World is suppose to end this year?
Well, awesome movies for one thing.

2012 looks like it's going to be a pretty fun year at the theater and here are some trailers to prove it. 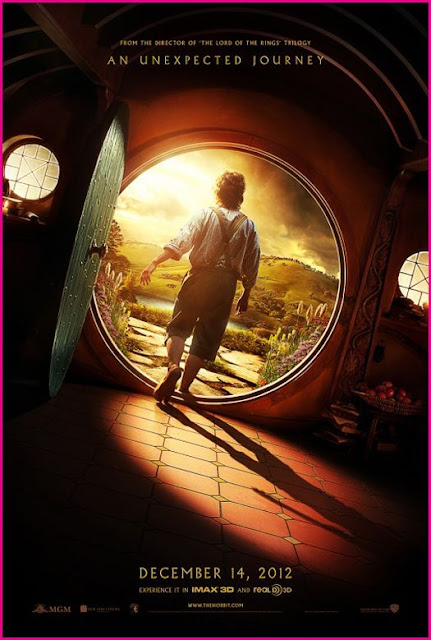 My Dad first introduced me to JRR Tolkien when I was about 10 years old. He was rereading The Lord Of The Rings for probably the 6th or 7th time and I wanted to know what it was about. So he told me. It was a bit of a big read for me at that age, so he suggested that we read it together, but first, we had to read the Hobbit. We spend over a year reading it together and my love of fantasy novels was born.

Although I loved the Trilogy that they made a few years ago, I still have mixed feelings about the whole thing, mostly due to merchandising, but that's a post for another day. Will I go see this in theaters? Very much yes, most likely with my Dad. Will I go see it opening day? Seems very unlikely. 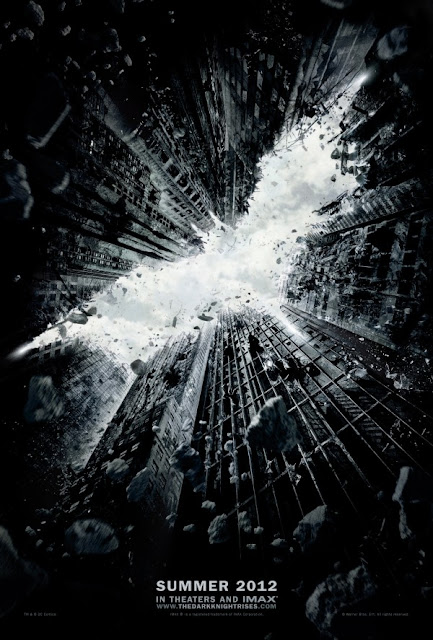 The final movie to the wonderful trilogy comes to an end with The Dark Knight Rises. Now I'm a huge Batman fan. He's one of my all time favorite heroes. I love his dark gritty nature and lack of super powers. Between his team of bats and birds and his awesome Rouges Gallery, they never cease to put a smile on my face. Bane has been one of my all time favorite Batman villains, ever since broke Batman's back in Knightfall. When they cast him in Batman And Robin and made his into a mindless strongman, I was pissed. So I really hope that Nolan does him well. What am I saying? This is the man who brought us one of the best Joker's and Two-Face's I've ever seen. He even made Ra's al Ghol less sucky than usual. I think he'll do us proud with Bane. 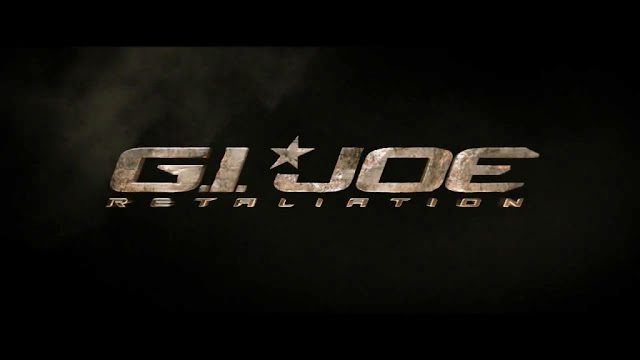 It's hard to believe that they're making another movie, but hey, it might be good? maybe? It's got Bruce Willis in it, and The Rock! Not to mention Channing Tatumis it it again and he's always worth looking at. With no Marlon Wayans as bad comic relief it might actually be good! If nothing else it looks like it'll be a good action flick, and lord knows I love a good action flick!

Not to mention I love the electronica remix of Seven Nation Army they've got playing in the trailer.
Will I go see it in theaters? Seems likely. Will I see it opening day? Will anyone?

Snow White And The Huntsman

I've always loved the story of Snow White. What can I say, I grew up as a Disney kid and loved everything about princesses. But as I've gotten older, I find I like a bit of a twist to my princesses and fairy tales. This is no exception. It looks awesome! I'm not a huge Kristan Stewart fan, but I do love Chris Hemsworth and Charlize Tharon and they are the 2 that I want to see the movie for. Especially Charlize Tharon as the Wicked Queen Will I go see this in theaters? Yes, very much yes. Will I go see it opening day? Probably not, but we'll see. 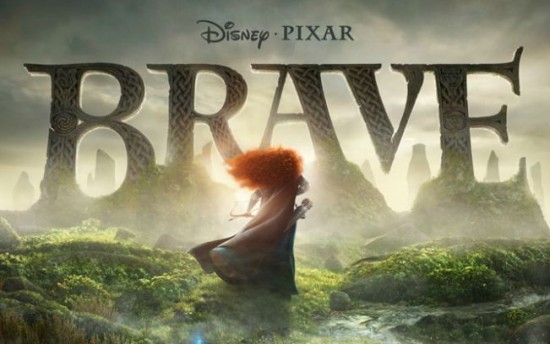 Speaking of being a Disney kid, I'm so excited about the upcoming Disney/Pixar movie! I know most girls want a princess that they look like and I think this is going to be my best chance. I mean, when are they ever going to make another princess with curly red hair and blue eyes? Not to mention my own Scottish heritage. Ok, so I'm probably 3rd or 4th generation Canadian, but my roots are Scottish on 3 sides of my family (both parents on my Dad's side and 1 on my Mom's side) so this is kind of exciting for me.

Will I got see it in theaters? Yes. Will I go opening day? no, but maybe the day after.


So, what movies are you looking forward to this year?