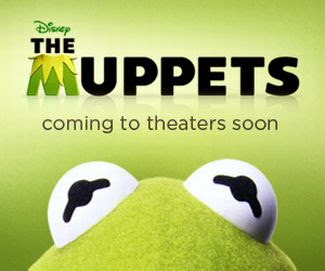 To introduce our guest star is what I'm here to do...
So it really makes me happy to introduce to you

The one and only BRAEBY! YAAAY! 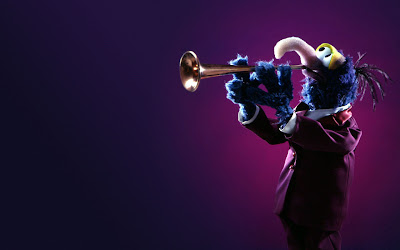 Oh, how I love the Muppets... let me count the ways...
Actually that would take way to long to do :P
Ever since I was a child, I have always loved the Muppets. They fill my head with laughter and make my heart swell with love.
I'm on a total Muppets kick right now, so you can imagine my excitement when I found out that they've not only made a new Muppets movie, that's due out next month, but they've also released an OPI nail polish line to go with it!


I can't even tell you how much squealing with glee I did when I first saw this, because it's almost too embarrassing to say! 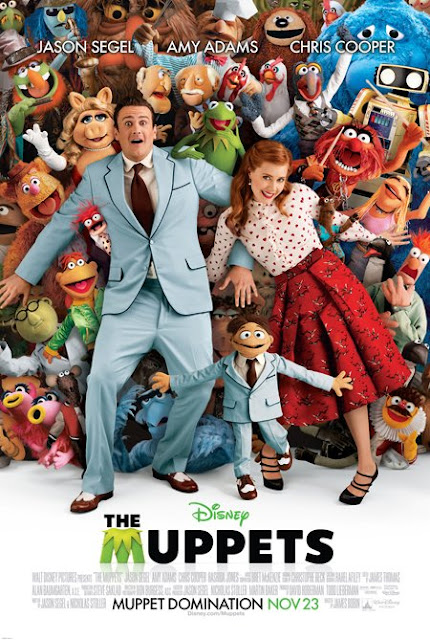 Not only do I love the Muppets, but to know that Jason Segal and Amy Adams are in it makes me even more happy! Not only does Jason Segal star in the movie, he also wrote it, saying "I'm not an arrogant dude, but to be even the tiniest footnote in the Muppets lineage is nuts to me. That is insane! So I feel very honored." 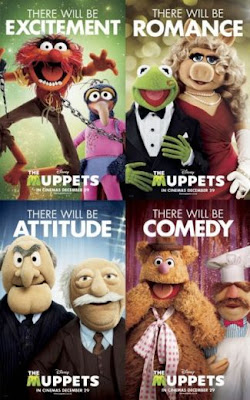 He even helped create the newest member of the Muppet team; Walter. "Nick Stoller and I did. We wrote the script together, he's my writing partner. We invented Walter! We did not get to design him physically because then they would owe us a lot of money. So we came up with him on paper and then they were very clear that we could not be involved in any aspect in the physical design of Walter. But it is pretty crazy when I saw him and I knew he was born in our brains. It's like Nick and I had a little baby — with our brains." - Pop Sugar
Yes, this is the type of man you can proudly take home to your Momma.

As if this whole thing wasn't awesome enough, OPI has come out with a Muppet line of nail polishes to kick off the movie with! 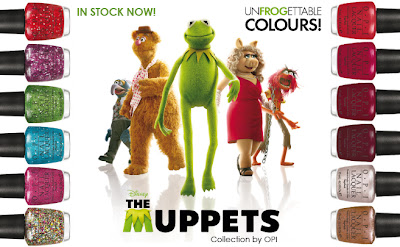 I love nail polish; especially OPI and especially when it's sparkly! The fact that it's designed with the Muppets in mind is just the icing on the cake for me! I must own them all!!
Check out the names of these great colours! 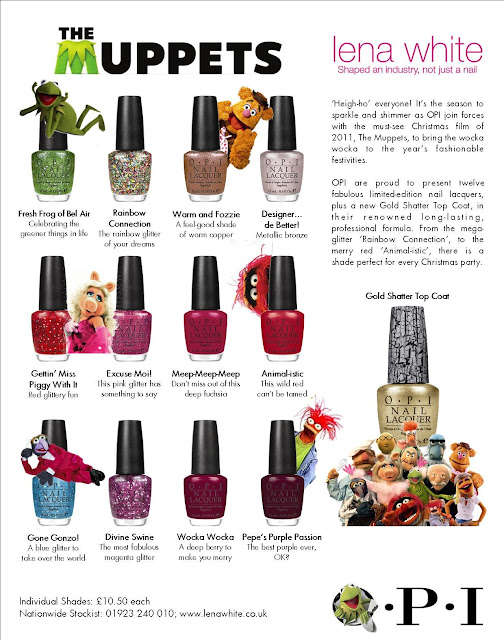 Since I can't afford to buy them all at once, I have to try and pick which ones I like the best! This is really hard for me! I definitely need Fresh Frog of Bel Air, Rainbow Connection, Warm and Fozzy, Gone Gonzo and Excuse Moi!; you know, to start with :P
If you live in Canada, like me, you can order it here.

Now, I mentioned earlier that I'm on a total Muppets kick right now. Interestingly enough, this has nothing to do with either the movie or the nail polish. I was having a low day, a few months ago, so I threw on my iPod and went for a walk. As I walked, "It's Not Easy Being Green" came on, and then came on again right after, even though I had it on shuffle! If you're a Muppets fan, you will of course know this song, but for those who don't, here it is.

It gets me every time and makes me realize that things are never as bad as they seem, it's all about perspective and looking at the good in life instead of the bad. I had this song stuck in my head for weeks after, which lead me to listen to other Muppet music like "The Rainbow Connection",

And then, of course, if you're a Robin fan like I am, "Half Way Down The Stairs"


I love Robin so much! Almost as much as I love Kermit! 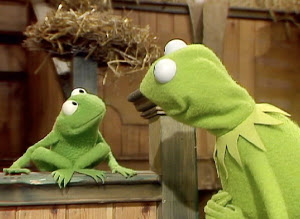 So after having all this music stuck in my head, I came across The Green Album 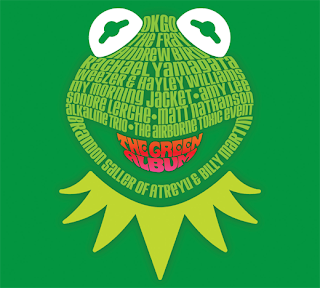 Yes, it's those songs and many more done by artists like Weezer, The Fray, Amy Lee and many others. It's awesome! All the songs are really well done, which I was a little worried about when I first picked it up.

This, of course, then got me even more into a Muppets kick then I already was, so I had to go out and buy the first 3 seasons of The Muppet Show, which I have been just loving! 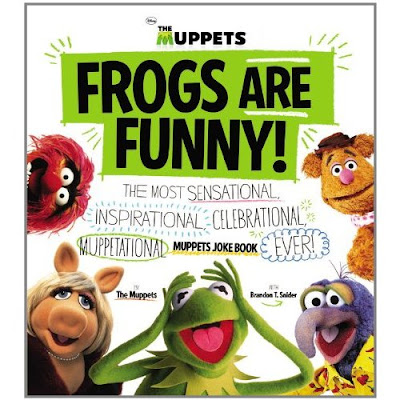 It has some of the best jokes from the show and movies. I read it cover to cover when it came in on my birthday. I've got it sitting along side my other favorite Muppets book "It's Not Easy Being Green And Other Things To Consider" which I found at Hallmark last Christmas. 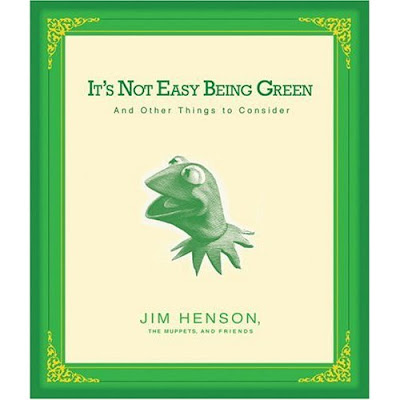 Not only did my Dad buy me the book, but he also drew me a picture to go along with it! 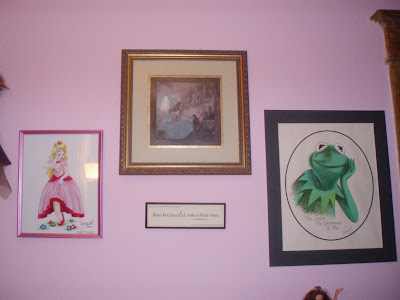 (I thought I had a better picture of it, but it's on my other computer which still hasn't been fixed yet! Anyway, here it is hanging in my old apartment on my Princess and Frog wall)

I've also been reading Muppet comics that I found at the grocery store that have turned out to be pretty good.

As for crafting, I've come up with some really cute Muppet ideas, but haven't found the right fabric to make them work yet. But depending on what I can find this week, there very well might be a Muppet Halloween costume in my future! Wish me luck!

Life's like a movie, write your own ending
Keep believing, keep pretending
We've done just what we set out to do.
Thanks to the lovers, the dreamers, and you.
Posted by Braeby at 10/24/2011 No comments: