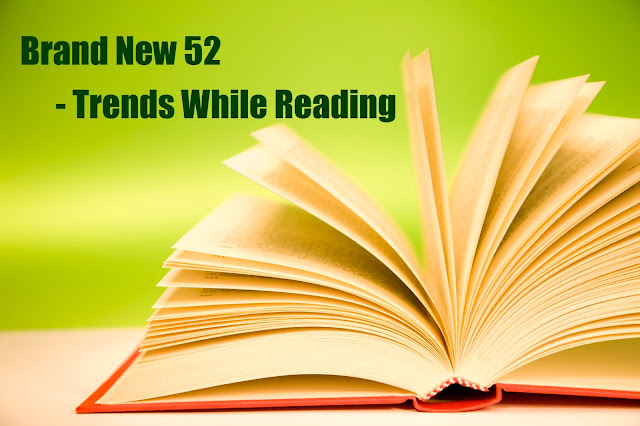 It's a Brand New Year with Brand New Books and Brand New Trends.
I thought about continuing the trends from last year, since they seem so prominent, but I thought maybe it would be better to do all new trends this year.

As you can see, Rape was the biggest one. 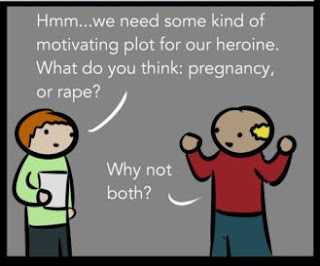 I thought about adding Rape in again, just to make the point of how prevalent it is, but I still think a clean slate is the better way to go.

Each trend will have its own symbol. It will look something like this @ - 0/52
The symbol will appear in my blog reviews with every book that it applies to. That symbol will link back to this page, so you can see what trend it is. The number is to keep track of how many books this year have fallen into this trend. At the end of the year I will review my findings.

Here are this year's trends:

We live in a weird World where not being like other girls (or boys) is something that we are suppose to strive towards, as if it makes us special instead of just putting everyone else down.

"On the surface, it's nice to hear someone say you're special. It's flattering to the ego to hear that you're better than the competition. That might be why this line is almost only found in young adult and teen stories. Writers may not expect teens to take subtext or larger social implications into consideration.
However it's meant, this line can be interpreted as a backhanded compliment. By saying that your intelligence, sense of humor, or independence make you "different from other guys/girls," it's implied that the rest of your gender sucks " - TV Tropes

Representation is so important in books and media these days. It shows people that they are not alone in the World and that there are other people out there that they can relate to. I love when authors think outside the hetero-normative box and include people of all genders and sexual orientations. Extra props if there is more than one person in the book. I'm really hopeful for this category.

Does your main character have a cat/dog/horse/mini dragon/other animal that they share a bond with? Is it like the animal can understand or empathize with them? Can they talk? Are they bonded only with that person? Then yes, you have yourself an animal familiar. They might as well be a person, but instead, they're an animal!

Writers often feel weird about cursing in their books. I get it. You never know who's going to be reading it. With TV, most words wouldn't get by censoring. But if you replace the curse word with a gibberish word, then it's easy to get away with it. Like Frak in BSG.

This is something that I find we need to talk about more. Since being diagnosed with a mental illness, I'm shocked to find out that no one talks about it and when they do, it's often mishandled.

Koko Takes a Holiday
Iron Kissed
Vision In Silver
A Treasury of Royal Scandals
Transformers: Windblade
Jonathan Strange & Mr Norrell
The Fangirl's Guide to the Galaxy
Magic to the Bone
Alien: Out of the Shadows
Godslayer
Towers of Midnight
Apron Anxiety
Blackveil
Posted by Braeby at 1/11/2016