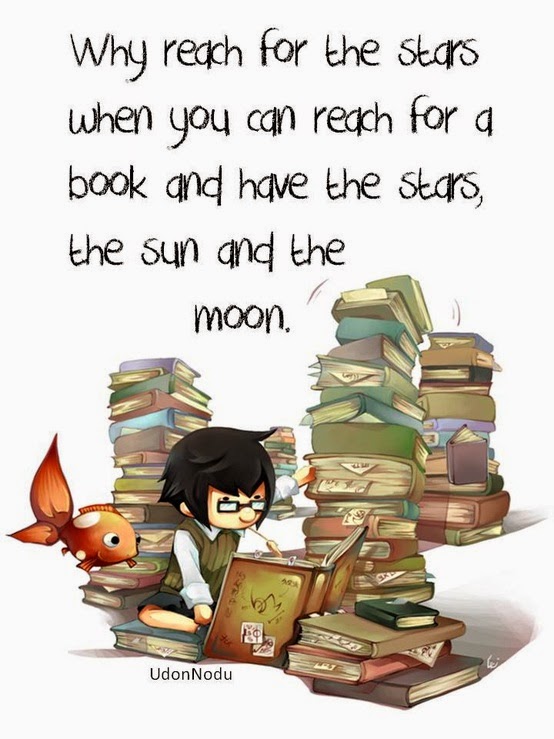 May was a weird month. It had a lot of ups and downs and I didn't really feel like I got as much reading done as I wanted... Or maybe I should say that I didn't get as much quality reading done as I wanted. Despite that fact, I'm still doing really well with the 52 book challenge.
One of the things that I really love about reading is the escape into another world, something far from reality. This is why I tend to read fantasy and Sci-Fi more than anything else. I love a good book that makes me think about it and yearn to read it all the time. I can tell when a book isn't grabbing my attention when I find excuses not to read them. Sadly, most of May's books were like that. It's not that I didn't enjoy them, I just wanted more out of them.
You'll also notice that I didn't read anything off my TBR pile this month. There is a perfectly sound reason for this. I had The Dark Tower: The Gunslinger - Steven King sitting out waiting to be read, and then my cat was sick all over it. It was completely unsalvageable. Therefore, this book will be taken from the list and a new one will be added. I just have to figure out what to add.

The Palace Job
by Patrick Weekes 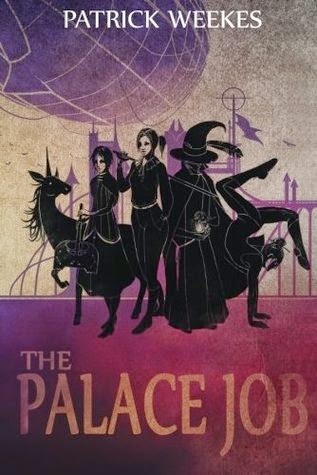 The most powerful man in the republic framed her, threw her in prison, and stole a priceless elven manuscript from her family.
With the help of a crack team that includes an illusionist, a unicorn, a death priestess, a talking warhammer, and a lad with a prophetic birthmark, Loch must find a way into the floating fortress of Heaven's Spire–and get past the magic-hunting golems and infernal sorcerers standing between her and the vault that holds her family's treasure.
It'd be tricky enough without the military coup and unfolding of an ancient evil prophecy–but now the determined and honourable Justicar Pyvic has been assigned to take her in.
But hey, every plan has a few hitches.
Do you like elaborate heist movies? Then you will most likely enjoy this book. It's kind of fun. It's not great, but it kept me reading. The entire book is pretty much just one character trope after another, after another. The problem with that is that you never really get a sense of who any of the characters are as it keeps hopping between them all the time. The author assumes you understand the history and politics and characters of his made-up realm, so never really goes into them in very much detail. Which is too bad. It would've made for a much better read if there had been a bit more detail about everything. 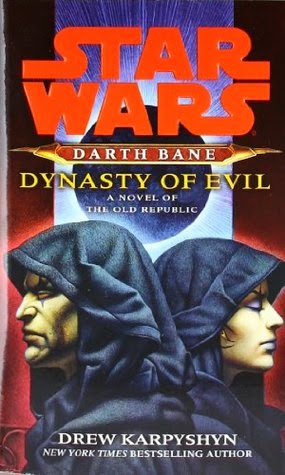 Twenty years have passed since Darth Bane, reigning Dark Lord of the Sith, demolished the ancient order devoted to the dark side and reinvented it as a rule of two: one Master to wield the power and pass on the wisdom, and one apprentice to learn, challenge, and ultimately usurp the Dark Lord in a duel to the death. But Bane’s acolyte, Zannah, has yet to prove herself a worthy successor. Determined that the Sith dream of galactic domination will not die with him, Bane vows to learn the secret of a forgotten Dark Lord that will assure the Sith’s immortality–and his own.

Zannah knows that her ruthless master has begun to doubt her, and so she prepares for his downfall, plotting at last to wrest from Bane the title of Dark Lord of the Sith. Zannah pursues her Master from the grim depths of a ravaged world to the barren reaches of a desert outpost, where the future of the dark side will be decided by the final, fatal stroke of a lightsaber.

To be honest, I was hoping for more from this book. I really wanted an entire book filled with cunning and deception and really wicked lightsaber battles.
It certainly had those things, especially the really wicked battles, but I didn't really feel invested in any of the characters or their story lines, other than Bane, and only then because he was the main protagonist. I didn't care about Zannah, I didn't care about Serra or Set. The Huntress was kind of cool though. I'd like to read more about her. 662 Pages
As part of her devil’s bargain with the industrial steam barons, Evelina Cooper is finally enrolled in the Ladies’ College of London. However, she’s attending as the Gold King’s pet magician, in handcuffs and forbidden contact with even her closest relation, the detective Sherlock Holmes.

Not even Niccolo, the dashing pirate captain, and his sentient airship can save her. But Evelina’s problems are only part of a larger war. The Baskerville Affair is finally coming to light, and the rebels are making their move to wrest power from the barons and restore it to Queen Victoria. Missing heirs and nightmare hounds are the order of the day—or at least that’s what Dr. Watson is telling the press.

But their plans are doomed unless Evelina escapes to unite her magic with the rebels’ machines—and even then her powers aren’t what they used to be. A sorcerer has awakened a dark hunger in Evelina’s soul, and only he can keep her from endangering them all. The only problem is…he’s dead.
This was the 3rd and hopefully final book in this series. I found I had a love/hate relationship with the entire thing. There were parts and characters that I really loved and wanted to read more about. Some of the intrigue was amazing and the way all the plots came together in the end was wonderful. That being said, there were a lot of parts and characters that I didn't like and wanted to just go away. These parts were really hard to get through. They wrapped up everything really nicely for the end of a trilogy and then at the very last moment, left it open enough that I wonder if she's planning on writing more in this series or branching off with it. I'm not sure how I feel about it. All and all as a series, it was pretty good.


Spectyr (Book of the Order #2)
by Philippa Ballantine 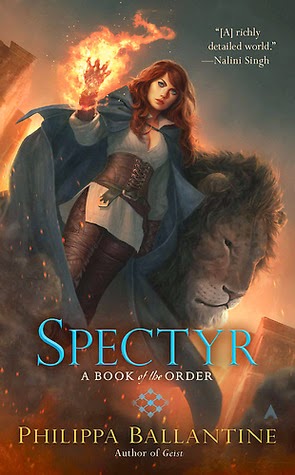 The second novel in Ballantine's series. In a realm of mystics and magic, the Order of Deacons stands between the here and now and the Otherside. Its mission is to protect the citizens of the Empire from malevolent geists--no matter where or when...

Though one of the most powerful Deacons, Sorcha Faris has a tarnished reputation to overcome, which is why she jumps at the chance to investigate a string of murders in the exotic city of Orithal. But it is there that her lover, the shapeshifting rival to the throne, is targeted by a cruel and vengeful goddess, unwittingly unleashed by the Emperor's sister.

This books was damned hard to get a hold of. Since the World's Biggest Bookstore closed, finding odd books in Toronto has been extremely difficult. A few stores in the city had a copy, only for me to get there and it to be gone. I finally just ordered it in.
I'm still really enjoying this series. It's kind of dark, always seems as if it's going to be predictable, and then throws you for a loop at every corner.
I still really love the connections between the characters and their bond. Sadly, they spent more of the book apart from each other than with each other.
It also left it on a bit of a cliff hanger, but luckily in my search for this book, I found the next one (also hard to find) and have it waiting for me. I'm looking forward to reading it. I'm beginning to see more of a wide spread story line that will span the other books and I'm excited and speculative about what that's going to be. I can't wait to read the end game of this series. Only 2 more books to go! 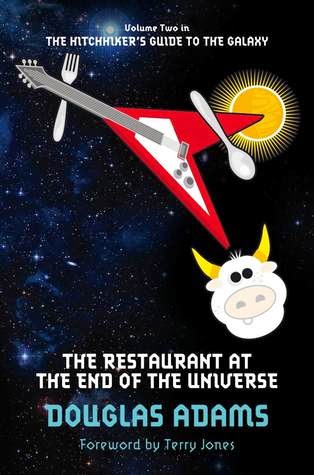 Facing annihilation at the hands of the warlike Vogons is a curious time to have a craving for tea. It could only happen to the cosmically displaced Arthur Dent and his curious comrades in arms as they hurtle across space powered by pure improbability--and desperately in search of a place to eat.
Among Arthur's motley shipmates are Ford Prefect, a longtime friend and expert contributor to the Hitchhiker's Guide to the Galaxy; Zaphod Beeblebrox, the three-armed, two-headed ex-president of the galaxy; Tricia McMillan, a fellow Earth refugee who's gone native (her name is Trillian now); and Marvin, the moody android who suffers nothing and no one very gladly. Their destination? The ultimate hot spot for an evening of apocalyptic entertainment and fine dining, where the food (literally) speaks for itself.
Will they make it? The answer: hard to say. But bear in mind that the Hitchhiker's Guide deleted the term "Future Perfect" from its pages, since it was discovered not to be!

I've been reading a few pages of this book at a time over the last few months, but due to the huge 4 book volume I was reading it out of, I was picking it up less and less. I finally found a single copy of this book and bought it instead. I enjoyed this book a lot more than the first one, probably since I no longer had the high expectations of what it would be. I really enjoy the writing style and that seems to be what makes these books into classics. The story itself is super weird, which was to be expected. I don't over like or feel any connection to any of the characters, but the story is kinda fun.
It's funny how you see the name of the book and wonder to yourself what a restaurant at the end of the Universe would be like. I always figured it would be some dingy floating trailer at the edge of the galaxy, serving up space-dogs. Man, was I wrong.
I'm curious to see where this series goes, despite my lack of interest in the characters.


Books that I am currently reading

The Call of Cthulhu and Other Weird Stories
by H.P. Lovecraft
Page 16 of 360
(Still the same)

The Bees
by Laline Paull